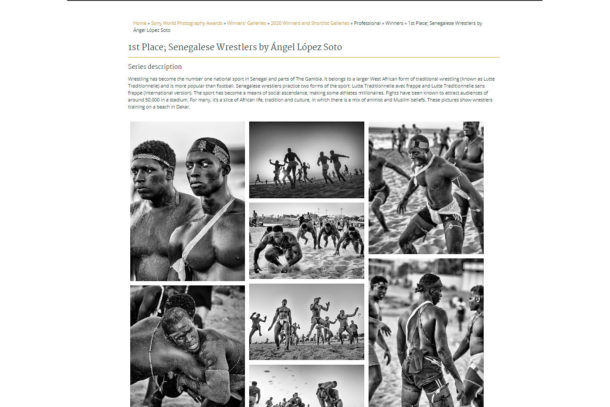 The winning photos have been chosen from more than 345 thousand photographs received by artists from 203 countries around the world. Among them, more than 135 thousand appeared in the professional contest, the highest number to date according to the organization.

Two Spaniards (César Dezfuli and Ángel López Soto) received the highest award in two categories and a third (Álvaro Laiz) was second in another.

Given the circumstances due to the COVID-19 pandemic, the date for awarding the prizes, April 14, was postponed until June 9, canceling once the situation of the pandemic had not subsided. The usual ceremony that has been held every year at Somerset House in London that gave way to a grand gala and the exhibition of the awarded works was permanently suspended. A book will be published soon like every year.

The Sony World Photography Awards travel a lot each year, giving photographers more exposure in a multitude of countries.